We are pleased to introduce you the environmental fiber artist and writer, Abigail Doan, who divides her time between NYC, Eastern Europe, and Italy. As an advocate for the advancement of sustainable fashion, she writes about fiber, eco-textiles, up-and-coming designer collections, and environmental issues. Her work as a fiber artist offers a unique view into materials, methods, and the life cycle of contemporary fashion production. Abigail started her blog, Ecco*Eco, as a forum for sharing ideas related to ‘fashioning self and the environment’. She also keeps a visual journal at Lost In Fiber. She has lectured and presented her work in exhibitions, workshops, classrooms, and on art and design panels internationally. 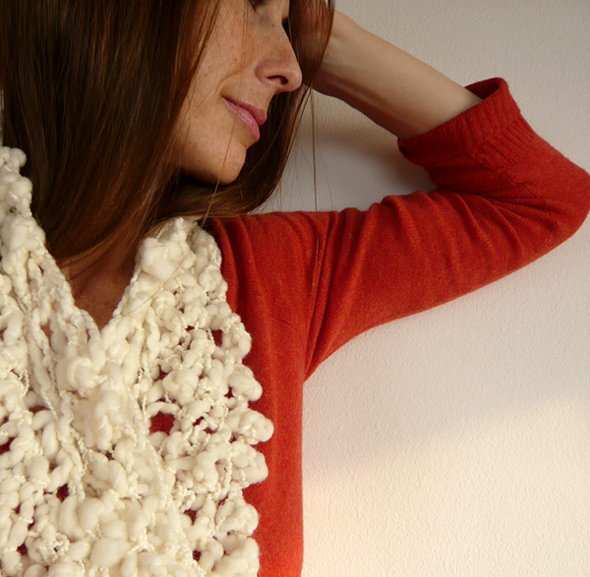 SFS: First of all, we would like to know if you find any essential difference between sustainable fashion and conventional fashion, apart from the materials and process, or is there also an aesthetic aspect developing around this new concept?

AD: I definitely believe that sustainable fashion has its own aesthetic, although it should not be a goal to stylistically set one’s self apart as an ethical or conscious designer. Fashion should be a universal and border-defying language, and the transparency of sustainable fashion is certainly intrinsic to its beauty. That is, beauty, style, and textile innovation should also now encompass ecological and socially-aware methodologies as part of the design process. There is no doubt that certain techniques or cultural regions yield certain styles, but in the end I believe that we should work towards sustainable fashion being about a better way to render what is fashionable. It is the story that adds value to ethical fashion pieces and the more that people take time to learn the back story, the more connected they feel with their clothing and personal design choices.

SFS: Are there any differences in sustainable fashion in the three countries that you travel to and live in, i.e. the USA (NYC), Bulgaria, and Italy: How it is lived in each country with this ethical movement in fashion industry?

I am at a curious stage in my life where I do travel to and live in these three places, but this is mostly because I am raising my family in these locales and also working with my husband on various educational and cultural outreach efforts. I would say that American sustainable fashion designers are fairly united as a movement and community, with emphasis on local production and textile innovation via resources like NYC’s Garment District and regional design schools as well as slow fashion efforts like The Permacouture Institute in California.

Italy has a tremendous history of textile production, so I feel that their current slow fashion movement is fueled by support for textile and fabric developments that allow designers to better consider the lifecycle of their collections. Bulgaria’s sustainable fashion movement is quite new, although I always emphasize to students and young designers there that the roots of locally-produced handcraft – evident in Bulgarian villages and homes, is one of the best sources for how to define an ethical and craft-based fashion movement. 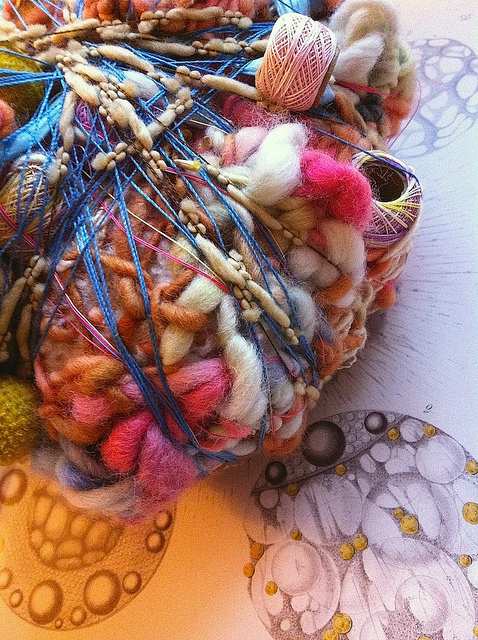 SFS: You know thousands of Brands and Designers, do you find any difference in terms of conciousness about age or nationality? Which are the most conscious?

I really think that «consciousness» in contemporary fashion comes from the individual, regardless of age, cultural background, or locale. I shifted my research and writing about a year or so ago to «ideas about fashioning self and the environment» as a way to focus more on each individual’s relationship with their own surroundings and available resources as a means to define personal style and fashion decision-making.

There are no doubt visible traces of an ethical or sustainable fashion movement in all pockets of the globe currently, but the more lasting «trends» seem to come from the slow fashion movement and the handcraft that has been celebrated and honored in specific regions for centuries. There is a reason why certain materials make sense for a specific locale in terms of the sustainable harvesting of fibers, low-impact production methods, as well as styling choices that are suitable to a given climate and seasonal calendar. I think that individuals who work with these factors in mind are on a path that is the most conscious and appropriate for the sphere that they navigate.

SFS: And about consumers, do you think the consciousness is growing up quickly?

Consumers are informed in ways that are primarily informed by day-to-day needs as well as desire for more beauty in their lives. This does not always guarantee the most «conscious» choices, but we cannot deny that we all crave something that might improve upon our current state of existence. This is why fashion works as a quick fix, but the slowing down of fashion also provides a deeper connection with how we might style and view our personal relationship with our clothing and accessories. I think that it is the pace of fashion that needs to be addressed in bringing the consumer closer to the life cycle of their clothes. The designs are simply a reward in our examination of a timeline that works with who we are and ultimately want to be. 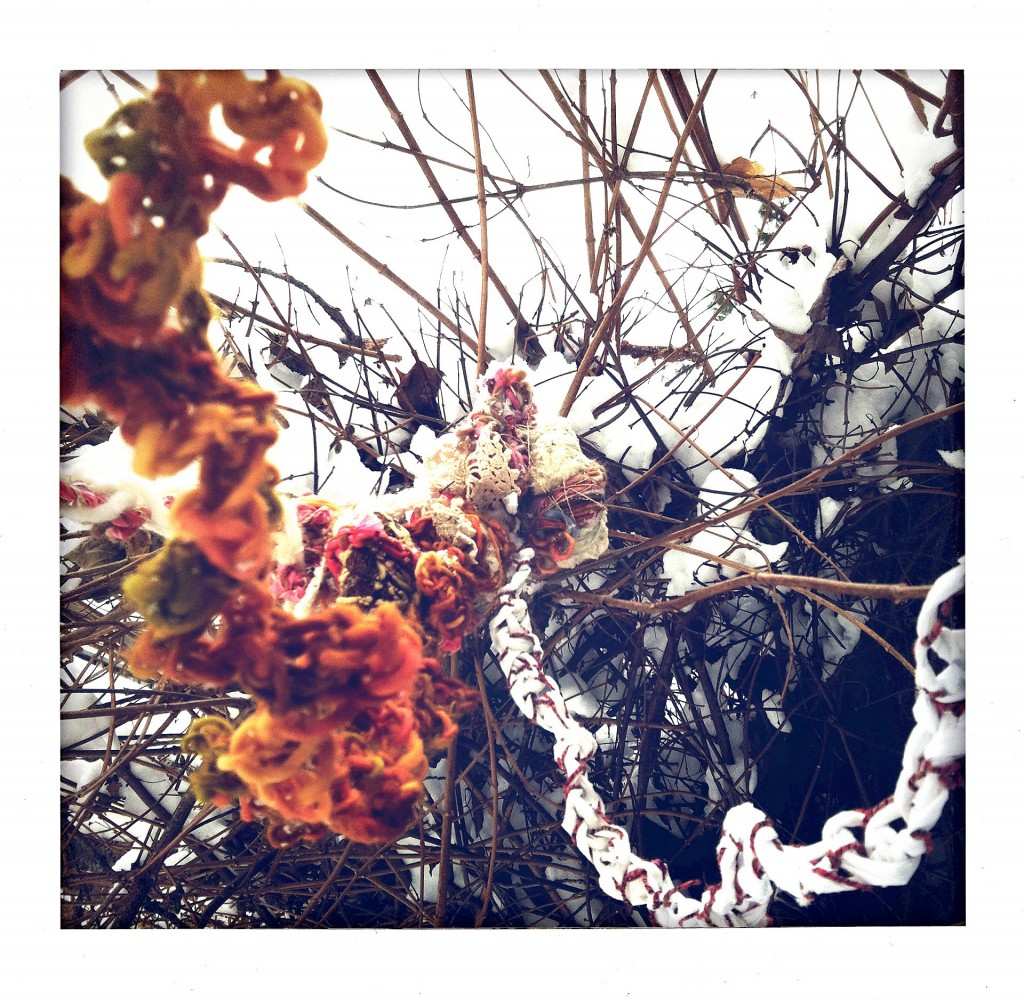 SFS: From your point of view, what is the evolution in fabrics to make them more sustainable? Do you think that there is a change in the way we produce the fibers or the processes or must there be new fabrics which can support the future challenges?

I think that both fabric/textile innovation and the reduction of waste in patterning and garment production will help to contribute to a more sustainable fashion road map. That said, it is essential that designers create more versatile and multi-functional pieces for the dynamic lives and even shifting environmental factors that their clients are faced with. Consumers want their clothes to do more, tell a story, create bridges with communities, as well as connect them to the hands of an artisan. All of this is now at play in making us more informed but also more empowered by what our clothing might do for us.

SFS: Which will be your bets if you are addressing about fabrics?

I think that both PET recycled fabrics as well as artisan-made, hand loom textiles span the new horizon of materials that contemporary fashion designers might employ. A site like Source4Style demonstrates that sourcing fabrics of a sustainable nature is finally within hand’s reach and increasingly findable and affordable.

SFS: How does recycled material make a difference or contribute to a product? How does it make it different in some way? Does it give «soul» to it?

The integration or creative reuse strategy of recycled materials in an an accessory or clothing design is not enough to insure that it is fashionable. In the end the design itself must have stylistic integrity and be able to transcend the parts that it was made out of. The best designs that involve recycling of this sort can stand on their own as covetable objects or as clever statement pieces. This alone gives soul to the message of the garment.

SFS: Which is the best way to communicate to the market that your brand is ethical?

Certainly not by preaching about it. I genuinely feel that good stories and good materials translate to outstanding designs. The mission of a company or brand and the thought that has been put into the entire life cycle of their designs is the best lure for new followers or clients. There are, of course, certain standards that we need to meet and share as part of the sustainable fashion agenda, but marketing efforts in the end should also be put into the transparent story of a company. Trust is a very sexy thing, and if brands are able to communicate the truth about what they do as part of their marketing plan, well then, this should be all that is required. 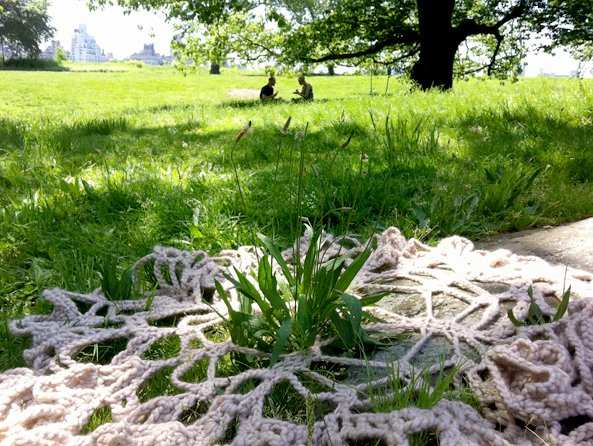 I think that it is important to connect to a community that understands who you are, what you do, and why your designs have lasting value. The Internet has been a very powerful force in the advancement of ethical and slow fashion, particularly in the support that is provided by the blogging community as well as online retailers. I think that it is important to connect with like-minded individuals both locally as well as through a global network. With just a bit of research one can connect to online resources that will help one to identify eco-minded showrooms, events, speakers, as well as retailers who support ethical and sustainable fashion.

I do think that it is important to study the stylistic focus of a specific retailer before approaching them as even within eco fashion certain individuals focus on specific niches, i.e. fair trade, locally-made goods, eco couture, recycled or up cycled fashion statement pieces. The best way to insure the growth of your company is to address the right audience and venue for your work. This sounds obvious, but as the ethical fashion movement grows, it is important to do this homework. I also think that ethical fashion designers should approach «mainstream retailers» as chic and timeless fashion sells and retailers genuinely recognize this.

We really thank your professionalism, time and kindness you have shared with us.

Thank you so much for inviting me to chat just a bit. I wish Slow Fashion Spain all the very best with the growth of your movement and future initiatives. 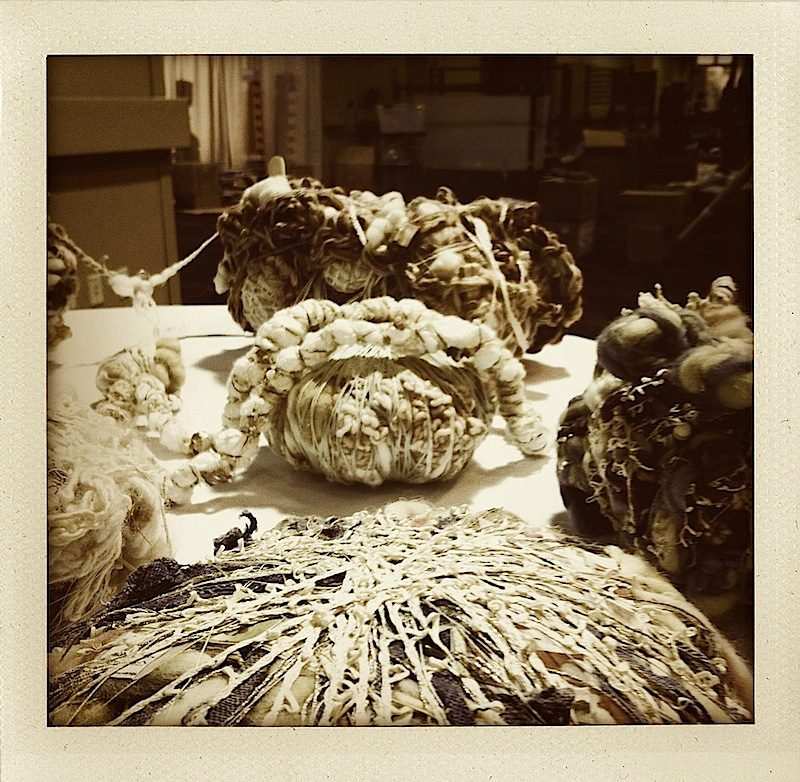 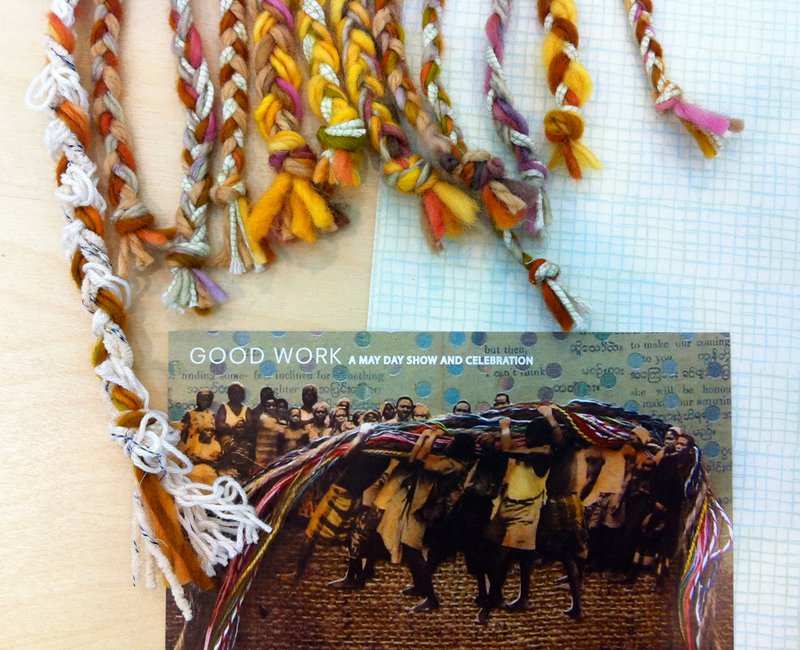 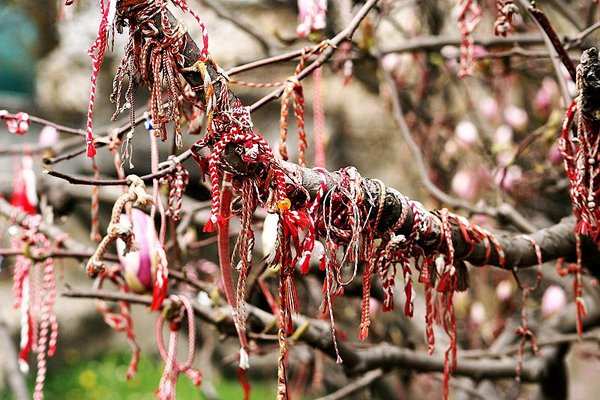 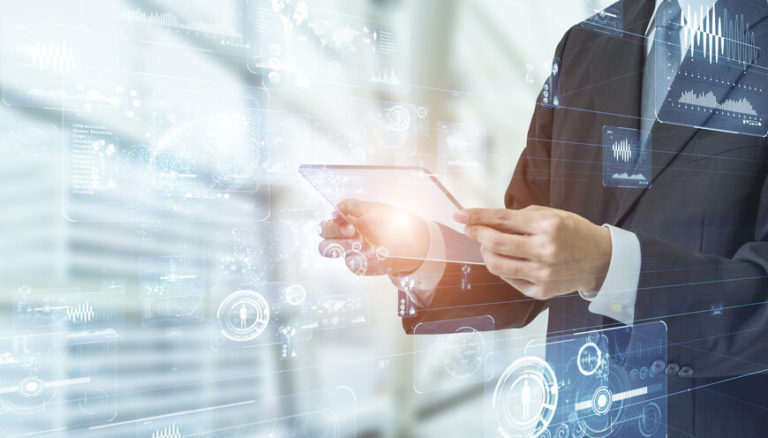 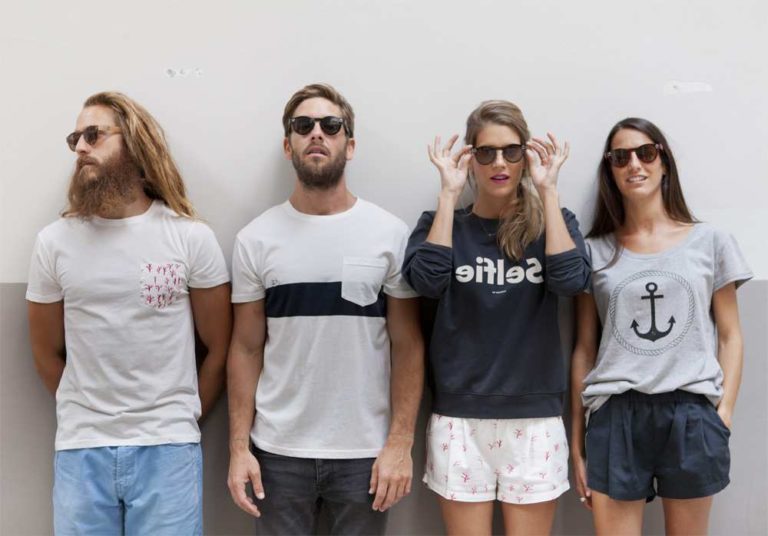 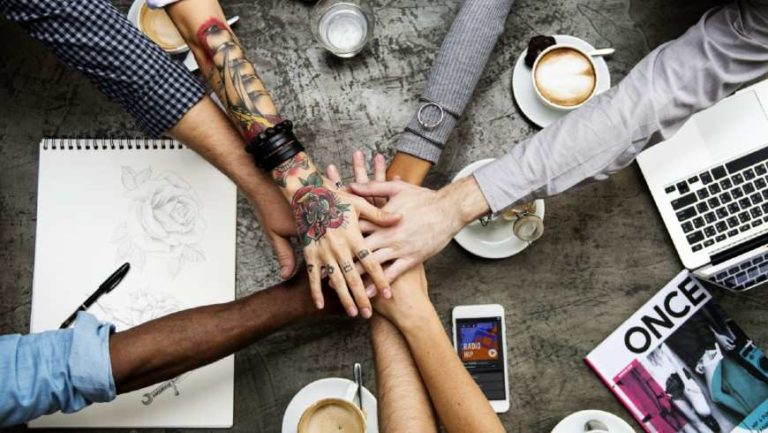 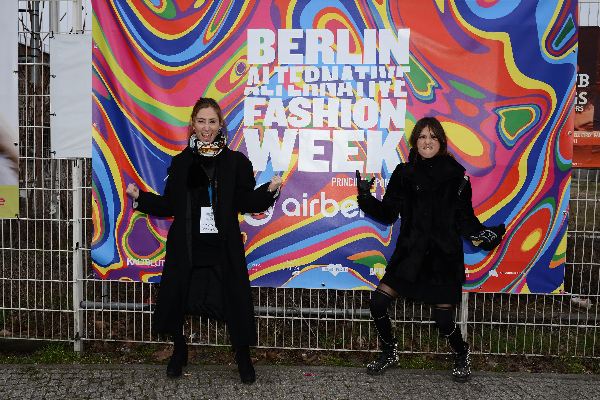